On the Wadden Sea, strange specimens of flying sea turtles wearing Venetian carnival masks have been spotted recently. Rumor has it that they are migrating turtles from tropical waters who got stuck in the Venetian Lagoon during carnival season and, feeling enthusiastic about the event, spontaneously mutated. They then used their fins as wings, flew across the Alps and eventually reached the Wadden Sea.

Secretly called the “Unità Operativa Laguna” or “Task Force Laguna” they export the spirit of Venetia to the north. Could this be the start of the Sea Turtle Renaissance? 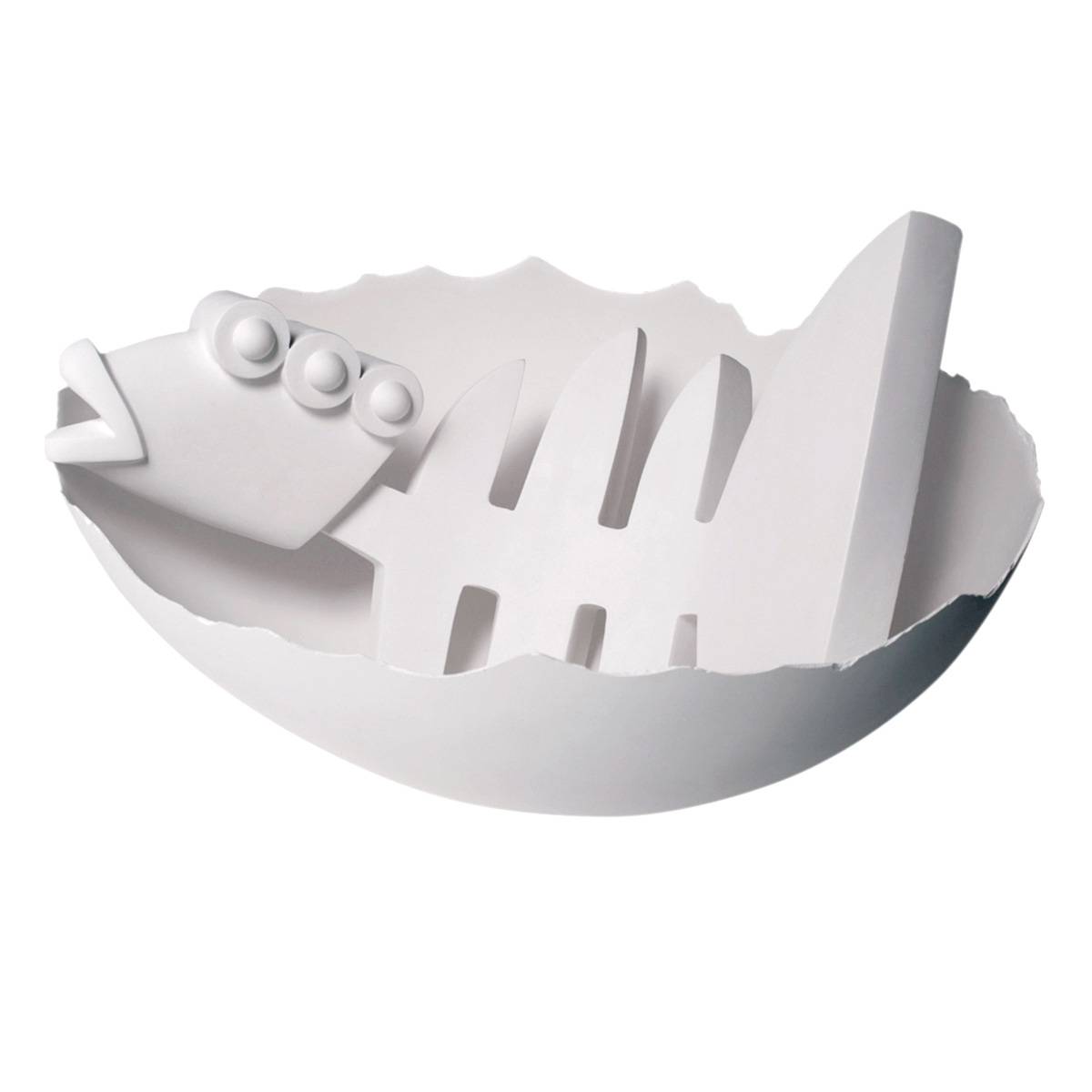 As an ambassador of today’s marine world, Fish Vision 3D is very successful.
A genuine fata morgana on tourist beaches, this species mostly prevails in the shape of a six-eyed skeletonized fish. But don’t let outer appearances trick your eye! Fish Vision 3D Dystopic Appearance sends misleading signals to other creatures. This fish is the holographic shape shifter of the oceans. Camouflage and deception are its basic strategies of survival. Some scientists even believe it can be dead and alive at the same time and call it “Schrödinger’s Fish”. It is, by the way, the only marine animal known to appreciate a good joke.

This story began when there still were humans living on earth. 3000 years ago, around the year 2019, scientists threw a PET bottle into the sea in order to do research on currents of plastic garbage.
The bottle was equipped with various sensors, a GPS-linked beacon and a state-of-the-art microcomputer and it was worth a fortune. Yet, it got immediately swallowed by a giant squid. Feeling bored inside the squid’s stomach, it started copying the DNA of
the squid’s seafood prey and morphed
bionically over the passing of centuries. When the squid died, it resurfaced but no one was left to look out for the Drift Bottle. So, now it keeps sending out signals which, unheard by anyone, fizzle out in the depths of the universe.